One Financial Times article titled “High pay in law jobs fails to compensate for toxic culture” was all it took to ruffle a few feathers and open up old wounds for some of us. Well, some of us were more triggered by others’ misplaced comments on such a thought-provoking and much-needed article. So much so, some of us are inspired to write again after a long hiatus. A lot has been said by employees about the “toxic culture” at law firms in less than 24 hours after Lee Shih first shared that article on his social media platforms. Most of which are from employees who have had their fair share of experiences of a toxic culture.

We haven’t seen much from people who’d admit that they are toxic, save of course for those butt hurt persons who felt the need to associate themselves with social media posts that did not name them and make their “I’d be the first to admit I’m not perfect BUT…..” statements. Somewhat like a Streisand Effect scenario, or quite close.

Enough has been said about toxic workplaces in the Malaysian legal profession from the perspective of employees who suffered at the hands of a toxic boss or superior. So, let me do the honour and outrightly confess to being a toxic person who validated and perpetuated a toxic culture.

I regard myself as lucky enough to have realised how toxic I was. At the point of realisation, I genuinely believed it was me and my character flaw. I believed something was fundamentally wrong with me and I still feel this way from time to time. Yet, I felt like I could not help it. In my humble view, my toxicity was in the form of my rage. I say humble view in case others may experience my toxicity in other ways which I’ve yet to discover. I was nothing but a ball of anger and for so very long. Two of my former colleagues who I met earlier this week candidly told me that I was akin to a raging bull, every day for the last 5 years. They were not wrong. The daily meltdowns and temper tantrums took a toll on me emotionally, physically and they were soon ruining my life – both professional and personal. Things came crashing down during the lockdown last year. It was really meltdowns after meltdowns. At one point, I called a partner “nothing but a factory manager” to them personally. It’s a miracle how I was never fired and how long I survived. But, herein lies the problem. I was part of that toxic culture. I was toxic. My own inability to control my emotions, to deal with my burnout and to manage my own work stress meant people around me, particularly those who had to work with me, continued to suffer because of me.

People closest to me, who knew me from then and who I believe have nothing but my best interests at heart, would often remind me of how scary I was and how difficult it must have been for people to work and live with me. I was insufferable and eventually, I knew I was and I hated the person I was becoming. I was, however, validated by many people around me, including superiors and partners. “This is who you are. We’ve accepted it.” they would say. I was supposed to be grateful to them for accepting me as I am. No other place would have tolerated me. I was indeed grateful.

But why? I started to wonder. With hindsight now, I wish someone had pulled me aside and told me that I needed to get help, to speak to a mental health professional and sort myself out. Perhaps, being told to leave the firm would have been a kinder thing for me and for everyone who had to suffer through my personal issues. It took a huge meltdown during the last lockdown in 2020 for me to realise that I was not well. Clinical depression and unresolved PTSD (for some past event earlier in my life) were the eventual diagnosis.

The journey towards recovery has been long, frustrating yet very enlightening. I’ve learnt along the way that this is a painful journey. Painful when you realise the hurt that you’ve inflicted on so many because you cannot make sense of your own circumstances. Plenty of flashbacks of how I may have single-handedly, needlessly ended friendships and relationships. But what truly hurts the most is realising that the people who you thought had your best interests at heart, who you thought you owed eternal gratitude towards, were part of the problem and you, you have contributed to a culture they enabled. Make no mistakes about toxic cultures and toxic persons climbing up the career ladder. They are there and they survived so long because they were enabled. And, I speak as someone who has been enabled for far too long.

A lot of times we only choose to acknowledge how “imperfect” we are when we are called out publicly or we fear an impending backlash for the image we portray on social media. As someone said today, “social media pressures can have a significant impact on people”. Perhaps, it can sometimes. When we sell a version of ourselves on social media that is not quite who we are in real life. That is where I think the impact can be felt most.

The biggest and most self-loving lesson I learnt from my own situation and after more than 1 year of consistent therapy is that toxic cultures are not perpetuated by just 1 person. It may be enabled by 1 person who dictates and sets the tone of the culture. Most of the time, people who are so deeply rooted in that toxic culture can never see themselves as toxic. I needed a personal life crisis to wake up. I needed months and months of therapy to accept this, to call myself out and to work on managing my issues better.

What is certain is that I am no longer the same person as I was in 2020. I learnt things along the way once I removed myself from certain situations, environments and people. I made unhappy, uncomfortable discoveries which I was so blinded to for so long. I realised that everything I defended so ferociously was nothing but layers of toxic manipulation and I began to wonder, what was I so grateful for again? I changed and I know I will continue to change as I see more of the things which I was once blinded to. It is always easy to judge from the outside without knowing what goes on inside. Ah, but I am grateful for how things eventually turned out. I am grateful for the experiences I had. I am grateful for the good times and friends I made along the way, at a time when I was my ugliest self. Am I a recovered toxic person? Perhaps, not. Not quite there yet, looking at my triggers and my need to call certain people out.

I am thankful for the people around me now with whom I share this journey of growth, self-discovery, and enlightenment. I write this not so much for any of my readers. I am writing this for myself as part of my healing process and a reminder of the person I never want to be again and a place I never want to be in ever again.

As a very wise man said to me today, “Only dumb people will have their worldview set in stone.” 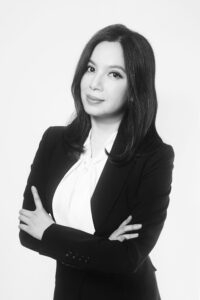